Your search query for "Sir Anthony Buzzard” has returned 5 results.

How many is God? – According to Jesus

Originally posted at focusonthekingdom.org According to Jesus, God is strictly one Person, not three. Christians who value Jesus as the supreme revealer of truth should consider his classic words, uttered in a final prayer. “You, Father, are the only one who is truly God” (John 17:3). He defined salvation as… Read More

What Do Scholars Say About the Trinity?

It is customary for students of the Bible to refer to Jesus as God and to insist that belief in a Trinity of three co-equal, co-eternal Persons in the One God is the hallmark of true faith. Many recognized Bible scholars do not think, however, that Jesus is called God,… Read More 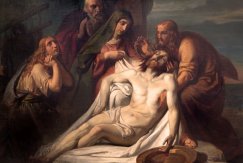 The Amazing Shift Away from Jesus in the Popular Gospel

-originally posted at focusonthekingdom.org- “Jesus came to do three days work”— Billy Graham Protestants have inherited a Gospel from their Protestant heritage. The question is, does this Protestant Gospel do justice to the Bible’s and particularly Jesus’ definition of the Gospel? Jesus was the initial preacher of the saving Gospel:… Read More 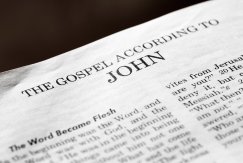 The Nature of Pre-existence in the New Testament

-originally posted at focusonthekingdom.org- "Within the Christian tradition, the New Testament has long been read through the prism of the later conciliar creeds . . . Speaking of Jesus as the Son of God had a very different connotation in the first century from that which it has had ever… Read More 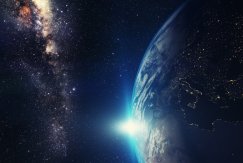 The Promise to Abraham that He Would Be Heir of the World (Rom 4:13)

-originally posted at focusonthekingdom.org- If you are Christians, then you are Abraham’s seed and heirs according to the Promise (Gal. 3:29). The Christian world in general does not understand the ultimate purpose for being a Christian. It seems reluctant to believe Paul’s clear teaching that the destiny of Christians is… Read More