The Athanasian Creed vs Jesus

What the ancient creeds of the Catholic Church appear to demonstrate is less of an Apostolic standard for faith and more a representation of how effectively philosophy had progressively encroached upon the Christian mind in the early centuries, to the shocking effect that later statements such as the Athanasian Creed (c. 500 AD) even project ideas that appear to directly contradict the precise words of Christ.

Unquestionably, many key portions of the famous creeds, particularly those segments which exposit the Nicene Christology are delineated through remarkably non-scriptural language.  The most noteworthy phrases from the Nicene Creed of 325 AD such as “before all worlds, God of God, very God of very God, begotten-not-made, one substance with the Father, incarnate, etc…” are strikingly non-biblical expressions of philosophical modes quite alien to the written testimony of the first-century church.

Astoundingly, while none of these phrases or ideas are present in any of the biblical documents, it was the precise affirmation or rejection of these words which, for the Catholic Church, determined one’s Christian legitimacy.  In terms of these formulae, one scholar notes that “St. Paul did not know [them], and would have been unable to understand the meaning of the terms used in the theological formula on which the Church ultimately agreed.”[2]  Nevertheless, Christians today are required to grasp and adhere to creedal statements which the Apostles would have found unintelligible. 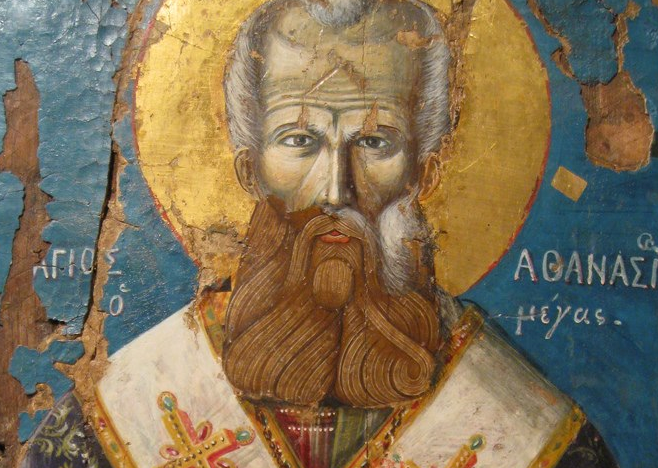 The Athanasian Creed (c.500 AD) is still accepted by the Roman Catholic Church, the Anglicans, the Lutheran Churches, and most liturgical Protestant denominations.  The creed says about its tenants:

“Whosoever will be saved, before all things it is necessary that he hold the Catholic Faith.  Which Faith except everyone do keep whole and undefiled, without doubt he shall perish everlastingly… This (Creed) is the Catholic Faith, which except a man believe faithfully and firmly, he cannot be saved.”[3]

One would expect that if these creedal statements truly represented the faith communicated to the Church by Jesus, there would exist some semblance of congruity with the expression of the Gospel record.  It would not be unreasonable, if these stringent demands were in fact the very demands of Christ, to assume that Jesus himself would at least offer directly compatible opinions in his own unrestricted preaching and dialogue.  In other words, if the modern circles which maintain the Athanasian Creed are merely following Christ’s lead in expecting true disciples to publicly confess these ideas, then Jesus must likewise publicly demonstrate that he too keeps the creed “whole and undefiled.”  Yet even a quick comparison yields visibly incompatible results:

" And in this Trinity, no one is before or after, greater or less than the other " - athanasian creed

" almighty is the Son " - athanasian creed

" We worship one God in Trinity " - athanasian creed

" the Son is God " - athanasian creed

Not only are the explicit ideas demanded in the creed absent from the Gospel record, they appear to overstep Jesus’ own confessions in a radical way.  If Christianity is supposedly “following Christ,” how is it that these statements are beheld as so fundamentally Christian that true and false discipleship, even one’s very salvation is determined by one’s personal and public devotion to these phrases?

The Wisconsin Evangelical Lutheran Synod describes the purpose of the Athanasian Creed in their Statements of Belief: “It was prepared to assist the Church in combating two errors that undermined Bible teaching.  One error denied that God’s Son and the Holy Spirit are of one being or Godhead with the Father.  The other error denied that Jesus Christ is true God…”[4]  Yet far from recognizing Christ as “true God,” Jesus explicitly testifies in John 17:3, that another, the Father, is “the only true God.”  How many Catholics, Anglicans, Lutherans, and other Protestants who accept the Athanasian Creed realize that Jesus himself may have “perished everlastingly” in the face of these requirements?